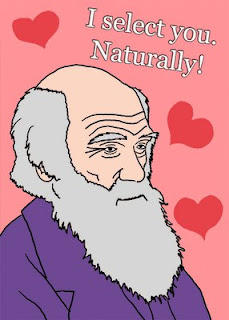 I hope you all are enjoying February 14th with someone special. And to help celebrate, I have the results of our latest poll. So, which crurotarsan clades do my lovely readers love? Rauisuchians (43%), followed by crocodylomorphs (25%)! A readership after my own heart. I almost feel a little bad for phytosaurs (7%), but that's what they get for being so tricky.

Email ThisBlogThis!Share to TwitterShare to FacebookShare to Pinterest
Labels: poll

You may remember my post from last May on Geosaurus in which I mentioned the "coccodrillo di Portomaggiore". At the time, Young and Andrade (2009) had proposed that the mystery croc belonged to the genus Geosaurus, but it was still awaiting a proper description. Well, the "coccodrillo di Portomaggiore" has finally been properly named and described in the March issue of Gondwana Research:


Cau, A. & F. Fanti. (2011) "The oldest known metriorhynchid crocodylian from the Middle Jurassic of North-eastern Italy, Neptunidraco ammoniticus gen. et sp. nov." Gondwana Research 19: 550-565. doi:10.1016/j.gr.2010.07.007
It is a very well written paper; my only criticism would be that the placement of the section on systematic paleontology and the diagnosis was a little later in the paper than I would have expected. Since this paper is the first on Neptunidraco (although there have been brief descriptions and mentions of the "coccodrillo di Portomaggiore" previously), I'm not going to do my usual "summary" of what is known about the genus, but I do highlight some interesting bits of the paper below:

Neptunidraco gen. nov. is preserved as partially disarticulated skull bones, an articulated mandible, teeth, and seven presacral vertebrae in four slabs of limestone (Rosso Ammonitico Veronese Formation), once destined to become a kitchen counter-top. Cau and Fanti also introduce a new clade name, Geosaurini nov., and define it as "the least inclusive clade containing G. giganteus, Geosaurus carpenteri, and Dakosaurus maximus." Their Strict Consensus Tree topology places Neptunidraco within Geosaurinae, just outside of Geosaurini. One thing that I found particularly interesting was Cau and Fanti's conclusion that Neptunidraco was not likely feeding on the bigger, crunchier prey of the time (ammonoids, crustaceans, armored fish, or other large marine vertebrates), but rather small, swift prey.
Posted by Susan at 12:07 PM 3 comments:

“What Should Everyone Know About Paleontology?” - Thomas R. Holtz, Jr.

The title question was recently asked by Roberto Takata on the Dinosaur Mailing List and Dr. Tom Holtz took up the challenge. I have re-posted his answer bellow. Although you may have already seen this, I think this is an important topic and, of course, I think that the things Dr. Holtz discusses are things that everyone should know. Not to mention that, as a former student of Dr. Holtz, I generally like what he has to say. Enjoy:

“What Should Everyone Know About Paleontology?”
Thomas R. Holtz, Jr.
I think that is a good question. What really are the most important elements of paleontology that the general public should understand? I took a shot at coming up with a list of key concepts, based on experiences with teaching paleontology and historical geology and with less-formally structured outreach to the public. I have offered this list (cross posted at the Sauropod Vertebrae Picture of the Week, Dave Hone's Archosaur Musings, and Superoceras blogs) as a way for it to reach a wider audience. That this is Darwin Week makes it even more appropriate, as we should use this occasion to encourage a better understanding of the changes of Earth and Life through Time for the public at large.
Much as I might like to think otherwise, the specific details of the hindlimb function of Tyrannosaurus rex or the pneumatic features of brachiosaurid vertebrae really are not the most important elements of the field. Understanding and appreciating the nitty gritty details of the phylogeny and anatomy of any particular branch of the Tree of Life are not really necessary for everyone to know, any more than we would regard detailed knowledge of bacterial biochemistry or the partitioning of minerals in a magma chamber to be significant general knowledge. (Indeed, these latter two items are actually far more critical for human society than any specific aspect of paleontology, and so from a certain point of view really more important for people to know than the History of Life.)
That said, all human societies and many individuals have wondered about where we have come from and how the world came to be the way it is. This is, in my opinion, the greatest contribution of paleontology: it gives us the Story of Earth and Life, and especially our own story.
I have divided this list into two sections. The first is a list of general topics of paleontology, touching on the main elements of geology that someone would need to know for fossils to make any sense. The second is the more specific list of key points in the history of life.
(NOTE: as the idea of this list is that it should be aimed at the general public, I have tried to avoid technical terminology where possible.)
Continue Reading
Posted by Susan at 6:43 PM 5 comments:

I have two feature posts in the works, both of which are Mesozoic crocodylomorphs. With that in mind and after reviewing my earlier posts, I thought it would be fun to get your opinions on your favorite crurotarsan clade, both for fun and so I can better gauge my readership, so check out the poll to the left and cast your vote. And of course, not every crurotarsan fits into the five clades I list, but it's just a poll. Also, since 4 out of 5 clades listed in the poll lived only in the Triassic, there may be some bias. I'll probably do a "crocodylomorph" poll and maybe even a "crown group" poll in the future.

Enjoy and stay tuned for those Mesozoic crocodylomorphs!